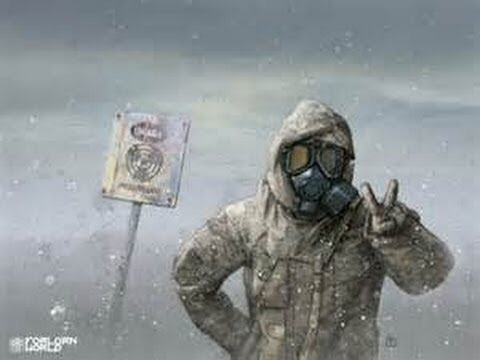 The news has been dominated by the war of words between US President Donald Trump and North Korean Supreme Leader Kim Jong Un. North Korea has been criticised by the international community for testing nuclear weapons in recent years, prompting Donald Trump to play the most dangerous game of “poke the bear” mankind has ever known.

Should a nuclear missile detonate, the planet would enter a hypothetical state of nuclear winter. The mushroom cloud of a nuclear explosion would inject hundreds of millions of tons of soot and debris into our atmosphere. The charged particles generated by the Earth’s magnetic field could interact with and ignite the soot to cause global firestorms.

Eventually the oxides of nitrogen and soot (NOx) would block the direct sunlight from reaching the Earth. The amount of sunlight would deplete, the global temperature would drop and solar powered renewable energy production would plummet. It would almost generate an anti-greenhouse effect.

Computer simulations of 100 firestorms similar that of Hiroshima could generate a small nuclear winter but current nuclear weaponry can be much stronger than this to trigger a massive nuclear winter. The soot in the stratosphere could remain for years without a rainout.
With the rain comes nuclear fallout, the radioactive material injected into the atmosphere in the first place raining down onto the ground. The effects of the Chernobyl Nuclear disaster in Chernobyl itself meant the abandonment of a 30km radius. Imagine the radiation zone after a nuclear strike!

So with the ozone layer potentially destroyed, the stratosphere contaminated and the nuclear fallout reaching the ground, a mass extinction event could be a possibility for at least many species of birds and animals. The loss of human life would drastically decrease the worlds population and the remaining survivors’ life expectancy would plummet. A cancer epidemic would ensue because of the radiation raining down on the Earth.

Given President Trump denies climate change and promotes the use of coal and fossil fuels, can he deny the effects of nuclear winter on the Earth? So the future of humanity hangs in the balance of these two men.

Stop the world I want to get off…