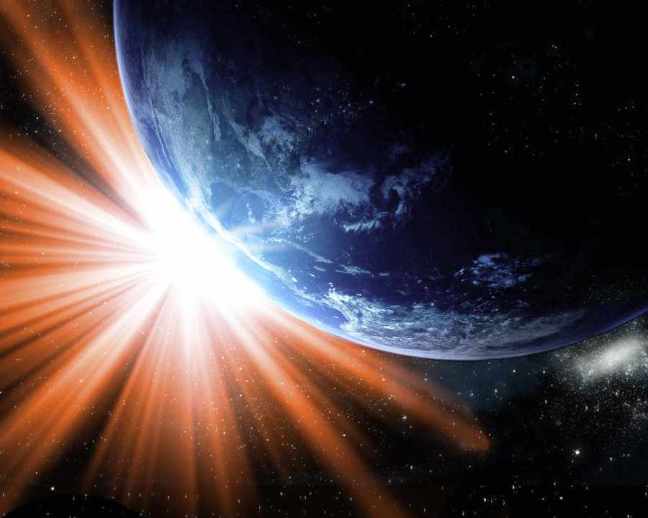 One of the most important concepts in physics is the speed of light. As I have mentioned it multiple times in earlier posts, I felt a series in its own right is fitting.

To give some perspective on the speed of light, a photon can travel around the Earth 7.5 times in one second. The moon is 1.255 light seconds away.  Our Sun is 8 light minutes away so we see it as it looked 8 minutes ago. The speed of light helps to put into perspective the sheer distances of the heavenly bodies from us as observers. 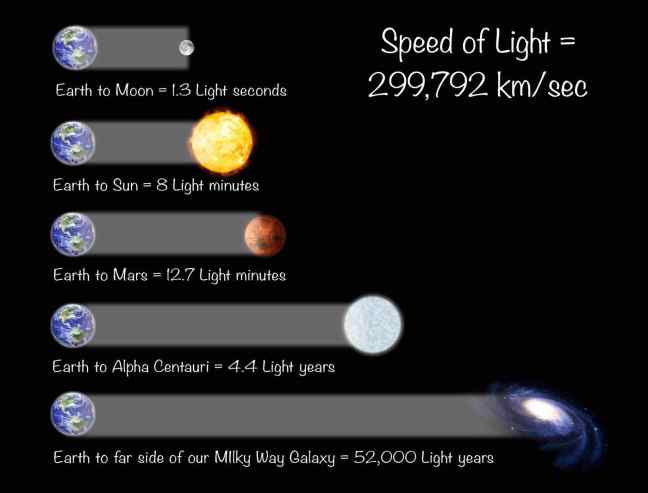 Massless particles also travel at the cosmic speedlimit. Photons and gluons have no mass, therefore no interactions in which to slow them down. I mentioned previously that the speed of light isn’t explicity about light, it is the SPEED OF CAUSALITY. The only constant speed in which different points in space can communicate with one another. Speed of light and causality are one and the same.

It was easy to assume that the speed of light is infinate. Astonomer Ole Romer came up with a good starting point for the measurement of the speed of light in the 1600s when observing one of Jupiter’s Moons. He noticed that the times between eclipses would vary throughout the year depending on wether the Earth was moving away from Jupiter or towards it.

These calculations were so accurate that he was able to predict that the moon Io would eclipse jupiter 10 minutes late on the 9th of November 1676. This gave a conclusion that light could travel across the orbit of the Earth in around 222,000km per second.

Fair enough, he was off the now known speed by around 27% although he did at least prove that the speed of light is not infinate. To be only 27% off 300 years before lazers or the internet is quite an achievement!

Through Einstein’s theories of Special and General Relativity, we know the speed of light is identical for all observers, it is what we call invariant and is extremely well tested using the most accurate of lazers.

Light is a powerful tool used to tell us different properties of planets, stars and galaxies. It also sets the stage to tackle astronomical distances. Light years here we come!