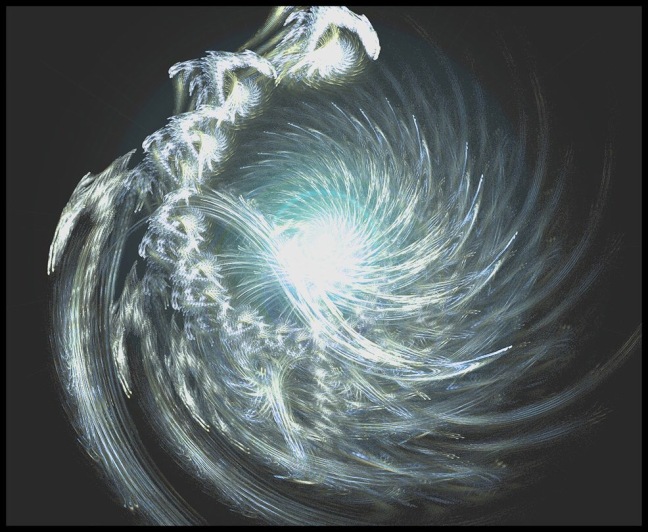 In the mathematics of Einstein’s Theory of Relativity, black holes are predicted and astronomers have proven beyond all doubt that they exist. The centre of our own galaxy harbours one of these monstrosities and so do nearly all galaxies observed.

In the same mathematical models which predict black holes, there are predictions for entities which are even stranger who’s relationship with reality is still unclear. One example is the white hole.

Most physicists find this incredibly hard to believe and there is a possibility that this is a huge figment of mathematical imagination. When Einstein first published the equations of relativity, they were solved quite quickly in what became the Schwartzchild Metric. A Schwartzchild Black Hole is the simplest black hole there is. No spin, electric charge, never growing or shrinking and called “eternal black holes”. This black hole mathematically will always have existed from the beginning of space and time.

On the subject of time, the time and space inside a black hole is completely independent of the time and space of the rest of the outside universe. White holes can attract matter and energy but prohibit entry altogether. Hypothetically light and matter CAN escape from a white hole. Somewhat contradictory given the white hole prohibits light from entering in the first place.

A white hole can have the same properties as a black hole; spin, electric charge and angular momentum. A gamma ray burst detected in 2006, GRB 060614 was hypothesised as being a white hole appearing for 102 seconds.

White holes themselves have never been observed. The reason being is that the white hole is an outward pushing region of spacetime, so like black holes all we can see is the effect they have on other events we can see around it. Depending on the point of view of an observer, an eternal black hole and white hole can be viewed as the same thing from the point of view of the distant past and the very distant future.