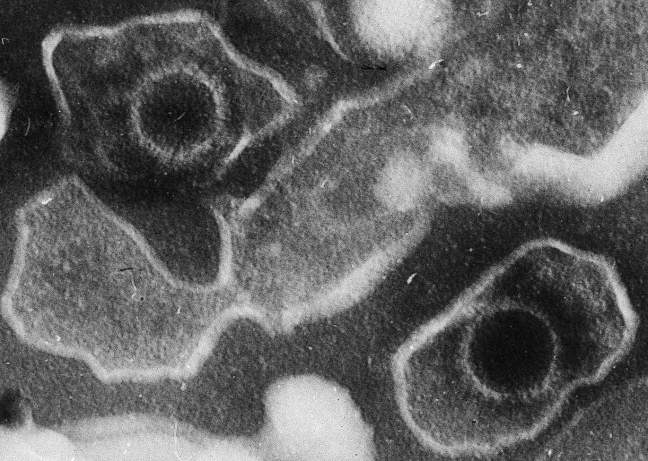 Infectious diseases are usually something that people try to scare you with or if your mum is anything like mine, used as a threat – If you don’t wash your hands your fingers will fall off.  However, to me they are amazing. These tiny microbes (teeny tiny little organisms) can cause so many problems and can quickly affect so many people that they remind me of that person in class that just never shuts up and irritates everyone. 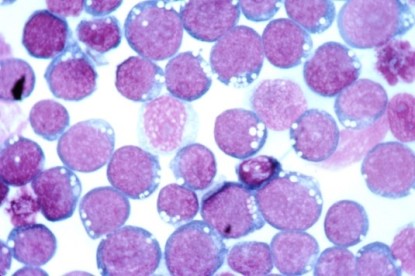 The little pepperonis above are magnified cells of the Epstein–Barr virus, you might know this as Mono or Glandular fever, but it is most commonly known as the kissing disease, since it can be passed by playing tonsil tennis. It is found in  the saliva of an infected person, so if you have a sore throat no kissing or sharing drinks, unless you feel like sharing more than just juice! The scary thing is even if you don’t think you’re sick, once you’ve had the virus, even just once,  it never goes away and there is no known cure! But, don’t worry, it’s rarely life threatening and if you get it you’ll probably just feel like you’ve a bad cold, and if you’re lucky you might get a few days off school!  It is also the ‘Kardashian’ of the microbe world, as almost 95% of people have the virus, so if you get it don’t be worried or ashamed!

Epstein–Barr was discovered by two scientists Anthony Epstein, Yvonne Barr (Yes, a girl!) in 1964. However, it was Dr James Corson Niederman  who found out it was the cause of infectious mononucleosis (the full science name for the kissing disease). Further research done on the virus; after its discovery, showed it’s a form of herpes and it targets B-cells,  a form of white blood cell that forms part of your immune system, which immortalizes viruses and other nasty cells and particles it comes into contact with.

This is where it can get a bit confusing as you would think that immortalizing part of your immune system is a good thing, right? But remember cells reproduce by dividing themselves over and over again, and when a B-cell is infected and immortalized with this virus, when it divides and creates new cells, those cells will  also have the virus!

These cells can be part of the cause, or trigger, for a host of other illness, such as Chronic Fatigue Syndrome, Multiple Sclerosis and other autoimmune disorders. Autoimmune disorders are where your immune system which should scream ‘Sparta’ (or whatever your name is) and attack any nasty cells, but instead of attacking the nasty cells or viruses, they end up killing your healthy cells; in a sort of inner body friendly fire scenario.

Please don’t be worried by this because as I’ve said earlier; 95% of the population have this virus and only a tiny, tiny percent develop problems because of it and there are hardworking scientists currently researching and working on the virus to understand it and maybe eventually develop a cure or medicine for it.

If you’re like me and love microbes, take a look at this giant, cuddly version of the kissing disease.

I plan on collecting the entire set and if you see any you want to know more about let us know and I can include it in my infectious disease series.

Bought to you by Christine Grant. Edited by Amy King.